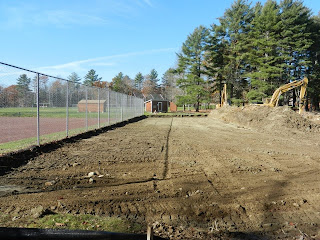 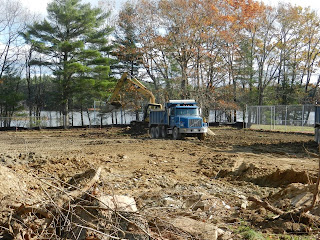 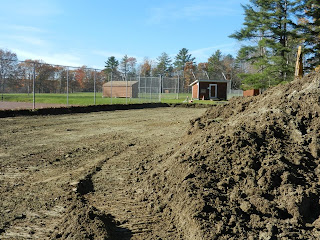 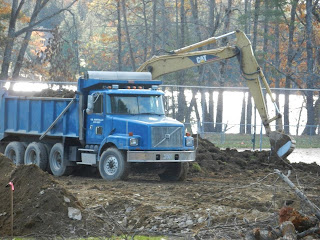 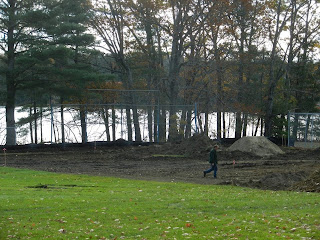 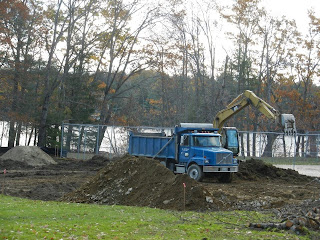 The summer of 2012 may be 220 days away.. But we’re already gearing up.  Bill, Frankie, and Steve are up at camp right now laying down the foundation to three new hard court tennis courts.  The small baseball field will be moved to the new field right next to the theater.  BIG TIME MOVES GOING DOWN.  Here are some photos of whats going on at camp. 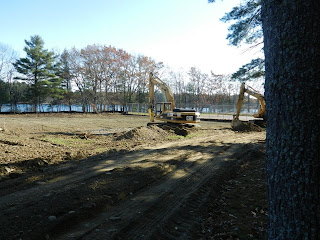 Louie was awesome!!! But the best part was that he created his character to be this cross of Al Pacino and John Belushi.  INCREDIBLE.  GREAT JOB LOUIE.  I was hoping he was going to break out the “bernie” but we’ll save that for the summer.

In other Camper News:  Noah Kaplan has his hands full playing lacrosse and swimming 5 days a week.  Devin Rosen, running back and corner back for Roxbury Latin, is wrapping up his football season.  John Wilkins is about to pull a Michael Phelps in Louisiana, as he recently qualified to compete for the state swim meet for his high school. Jaime Bonomo recently made the Mass Lacrosse Team. BOOM!!!  And Max Kaufman recently organized a carnival for homeless children at his temple in New York.  Hey guys, email info@campcaribou.com and let us know what you’re up.

Staff News: BIG NEWS FOR 2012…Matt Leathley and Oli Sproates are back for next summer!!!

Thanks for are all the updates guys.  Keep them coming.  BOU YAH!